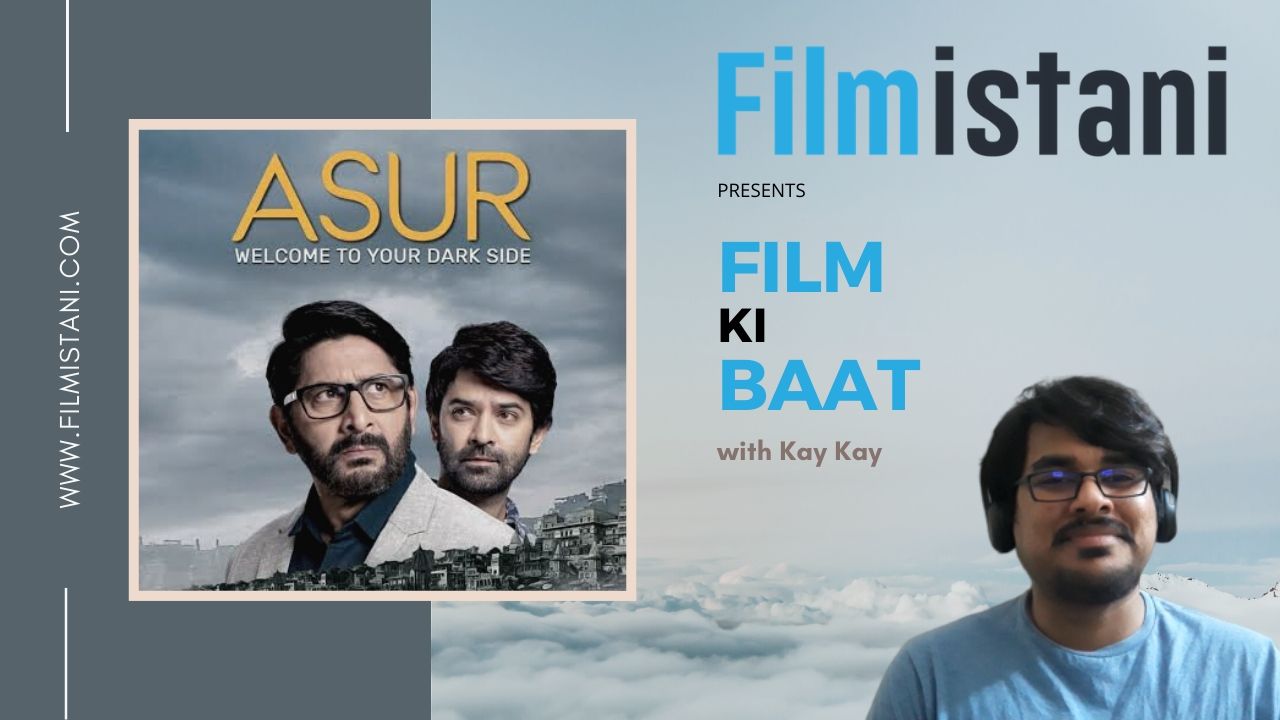 Spoiler Alert – Watch Asur on Voot before reading this blog. You can read the complete review of Asur Web Series by clicking here.

Often history glorifies champions of their times. Literature is the one which has courage to show the flip side of the story, to tell the story from the eyes of the runner-up.

Writers of ASUR have tried to do the same, to tell a story from a point of view which is otherwise less popular in masses.

I personally feel the AUSR concept is loosely based on “Anand Neelankantan’s ASURA – Tale of the Vanquished”. (even you can find a glimpse of books’ cover page in one of the episodes. )

People who are habitual to see and understand the truth in a plain and decisive way of black and white will also be driven to that gray area where Protagonist and Antagonist will keep flipping their roles.

The story keeps you engaged to guess the culprit and villain in your mind will keep switching from  Dhananjay Rajpoot to Rasool Shaik and finally to Shubh ( and back to Rasool 😉 ).

Writers are playing in the gray area between “Paap and Punya” and that will force the audience to introspect.

Writers have tried to draw a parallelism between mythology and the modern world where they used forensics to decode the serial killings.

In the first few episodes, struggle to somehow find common points between forensic and mythology is visible but then in later episode writers somehow lose the plot of forensics and start believing Dhananjay Rajpoot’s intuitions.

There are few moments where the story has disappointments, for example when a team secret about Aditya Jalan is leaked and Dhananjay Rajpoot ignores it.

It doesn’t look logical, unless the writer introduces a checkmate kind of twist later in connection to that scene.

“If you have Banaras in your story, UP and Bihar audience is like “Jai mahakaal , film badiya hai “.

There is not much shown about Banaras , though every episode starts with an opening scene in Banaras.

I hope the writer will have a full episode in Banaras where we can understand more about “Shubh” and “ASUR”.

All conflicts in the story have started from Banaras and It is clear that further unanswered questions will be answered in Banaras.

Asur wants “Kali” to reach its epitome so that “Kalki” avatar incarnates. This angle has been exploited in a lot of stories though very few have been shown in the form of films.

So a well-crafted storyline is expected in Season 2.  The audience is still waiting for the answer to Shubhs’s question “Why didn’t Krishna stop The Mahabharata war?”

It is worth waiting for season 2, where the audience will be waiting for “Shubh” an ASUR.